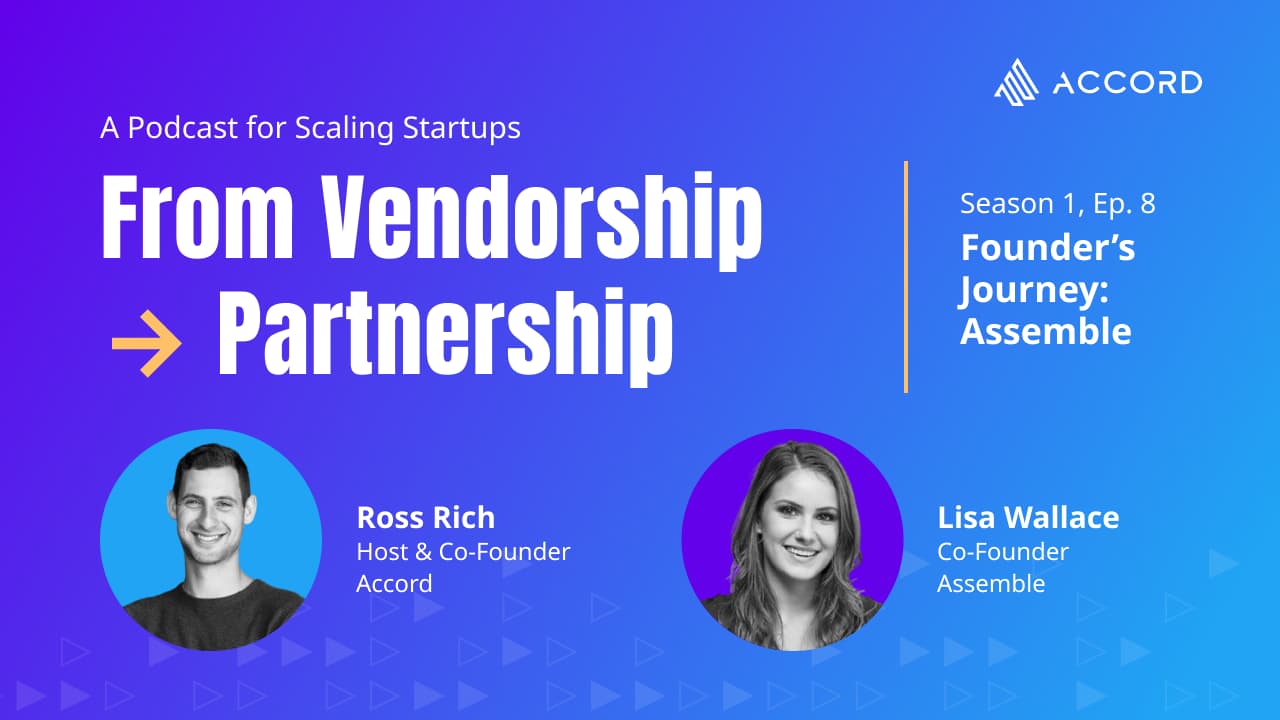 In this week’s episode of From Vendorship to Partnership, Ross talks to Lisa Wallace, co-founder of Assemble.

Assemble is a compensation management platform that enables companies to make strategic, equitable compensation decisions. Lisa started her career at a couple of early-stage cybersecurity startups, where she and her now co-founder, Enrique Esclusa, were struck by how difficult it was to manage compensation even at a small company, and to ensure that everyone was being compensated fairly. That led them down the path to starting Assemble together.

Listen to the full episode to hear about Lisa’s journey with Assemble, including:

When Lisa and Enrique worked together at a previous startup, they assumed that managing compensation was more systematic and well thought out than it actually was. But they soon came to realize that even at a small company, even when you have a seemingly perfect model and processes, it's still really difficult to drive fair and equitable compensation decisions.

“This hit us really hard because Enrique & I are both underrepresented minorities in tech,” says Lisa. “But we’re also both operators and care a lot about making sure businesses are efficient.”

This combination of personal and professional passion led them to start Assemble, and the team’s prior experience in the operations of very early-stage startups was critical in starting Assemble’s GTM motions and deciding where to prioritize.

“Enrique and I were deep on a lot of things related to GTM,” says Lisa. “So early, it was more about how to build a strong engineering team, so we can spend more time than the average founder doing GTM-related work.”

2. Prioritizing product & design from the start

“It was really important for us to build a product that customers love and was beautiful and easy to use,” says Lisa. “So around the time we were hiring our first engineers and closing seed rounds, we were also bringing on design partners.”

The team consulted with these design partners, who later became customers, about brands and UX they liked, what they thought of Assemble as it was being built, and other details to inform the product’s creation.

“What that produced was an MVP that people really liked using that we were able to juice sales with,” says Lisa.

3. Doubling down on customer success

Lisa and her team wanted to make customer success a focus for Assemble from the beginning. From the early design partnerships to their first customers and beyond, the Assemble team wanted to ensure that the platform was meeting customers’ needs at every stage.

“Because it is a platform approach, we wanted to drive great outcomes for customers even if the product was coming out as we were doing it,” Lisa says. “We wanted to partner with customers so they felt that they could trust us and build a multi-year partnership.”

Lisa Wallace is a Co-Founder of Assemble.

Assemble is a compensation management platform that helps companies make systematic compensation decisions to attract, motivate, and retain employees while eliminating inequitable pay. Prior to founding Assemble, Lisa served on the executive team of Abnormal Security where she was the first business leadership hire. She started her career as the first business hire at Expanse (acquired by Palo Alto Networks) and holds a B.S. from Stanford University. 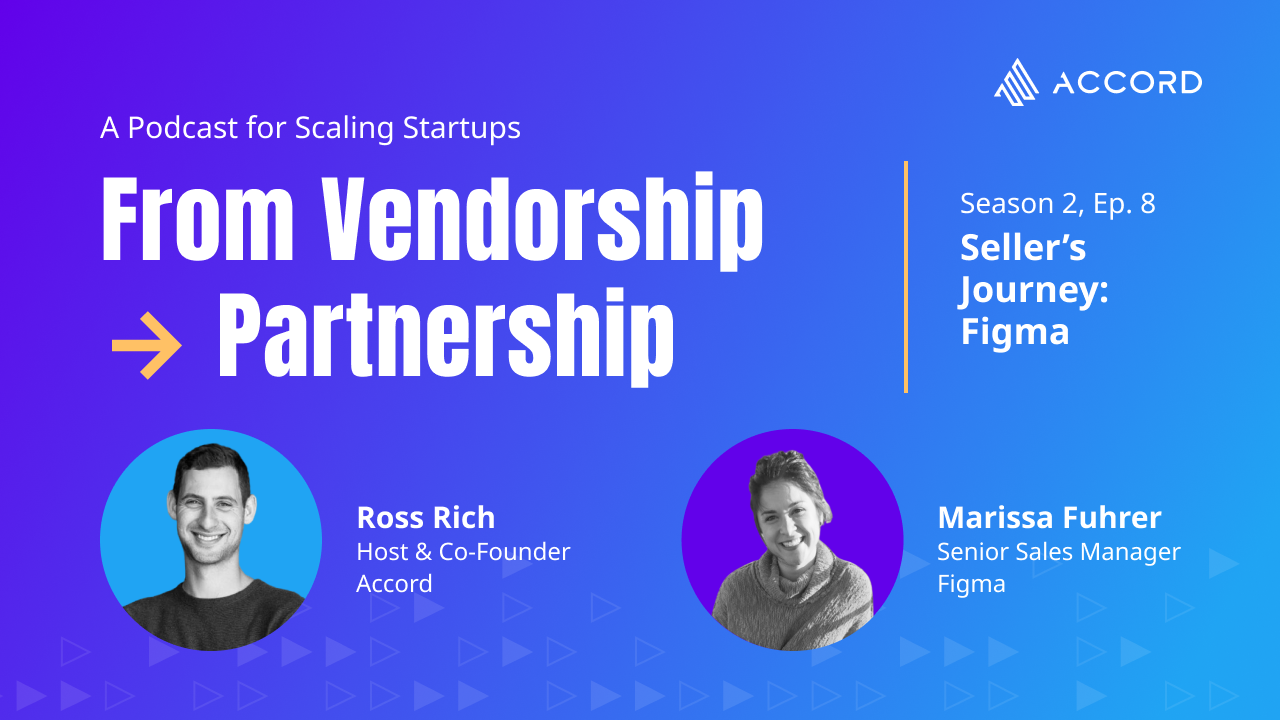 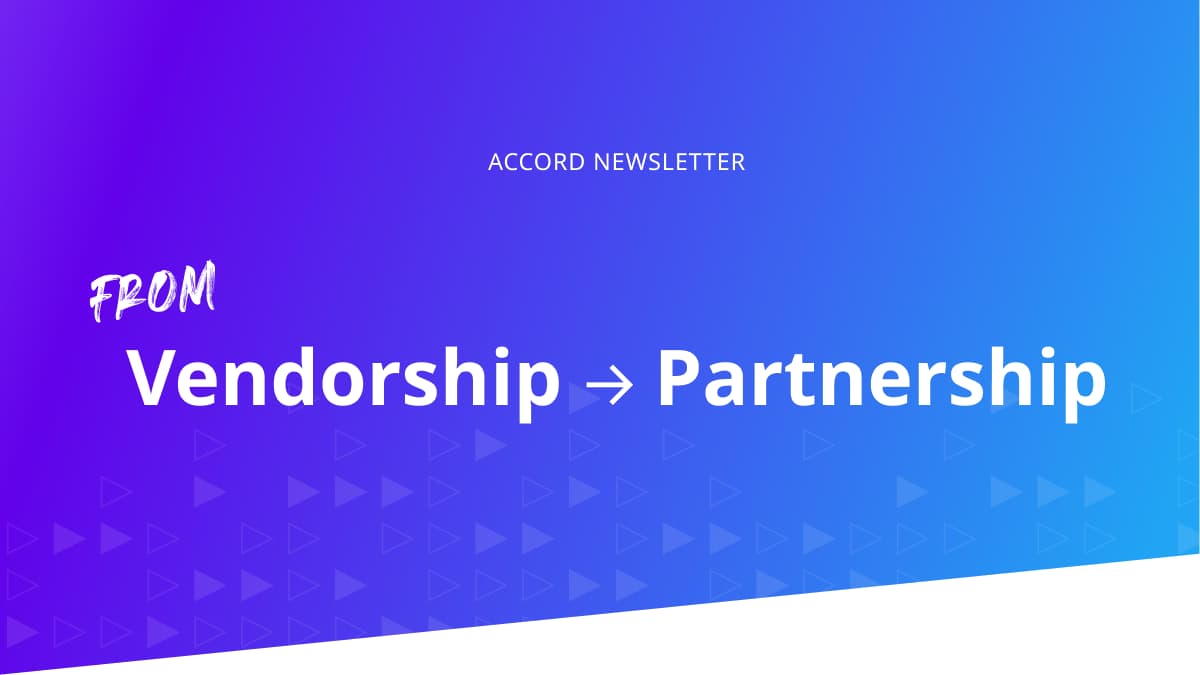