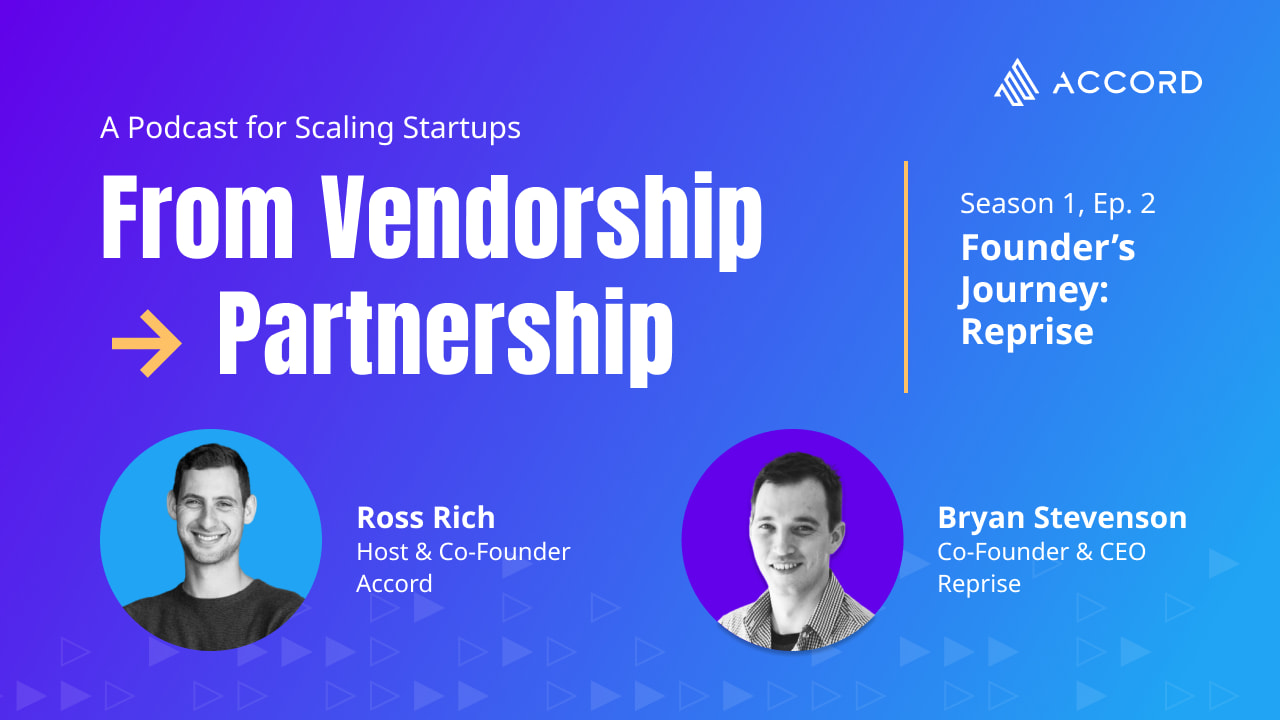 In the second episode of the From Vendorship to Partnership podcast, Ross interviews Reprise Co-CEO and Co-Founder Bryan Stevenson.

Throughout Bryan’s two decades of experience as a software engineer, leader, and co-founder at several startups, he struggled with the same problem: a disconnect between what is needed to sell a product and what is needed to actually satisfy customers. So he started Reprise, a tool that enables sales and marketing teams to easily create interactive demos and product tours.

Now, a year and a half into the Reprise journey, Bryan and Ross talk about:

Since Bryan wasn’t a first-time founder with Reprise, he had the luxury of pulling from his past experiences. He knew that revenue shouldn’t be Reprise's first objective at the early stages. “What was really important was whether or not we had that irresistible product-market fit,” Bryan says — the proof that people will actually use and love your product.

Instead of targeting their first ten customers as a source of revenue, Bryan and the Reprise team thought of them as “launch partners” that would give them honest feedback about the product: what they thought about it, how they were using it, and why they would pay for it. The team was okay with using this time as a more flexible experimentation stage to figure out where Reprise needed to go. And that meant they were also okay with losing a couple launch partners in the process, as they found their true product-market fit.

Early on, founders sell the idea of a product before actually selling the product itself. “Sell where you want the product to go and see if you can bring people on your journey,” Bryan says. “Paint a picture of the world you anticipate building.” That’s the initial stage when you’re deciding whether or not to put energy into a company: if people get excited about joining you on your journey, then it’s a good indicator you might have product-market fit.

The second stage, of course, is actually putting the product in front of people and seeing how they engage with it. “Does it change the way they do their job so that they need it, and it’s not just a nice-to-have?” Bryan says. “That’s the test of product-market fit.”

Knowing when to make the jump

When do you know whether to go full speed ahead with your product, and turn it on for the rest of the world? “There’s a point where some of it is blind faith,” Bryan says. “You jump and then you see whether or not there’s a place to land.”

More specifically, he says, once you start talking about your product to people you don’t know — not your friends — and you’re able to convince them that your product is at least worth investigating, then that’s a good sign. “You can be pretty liberal with your free trials early on, just to get people in, get them using it, and get that feedback,” says Bryan. “And then some of them will turn into leads and customers if your product’s good enough.”

Bryan currently serves as Co-founder and Co-CEO at Reprise, the leader of the demo/product experience space. Before launching Reprise, Bryan was CIO at Catalant Technologies and Co-founder and CTO at InsightSquared. He is a long-time entrepreneur and currently resides in Philadelphia, Pennsylvania. 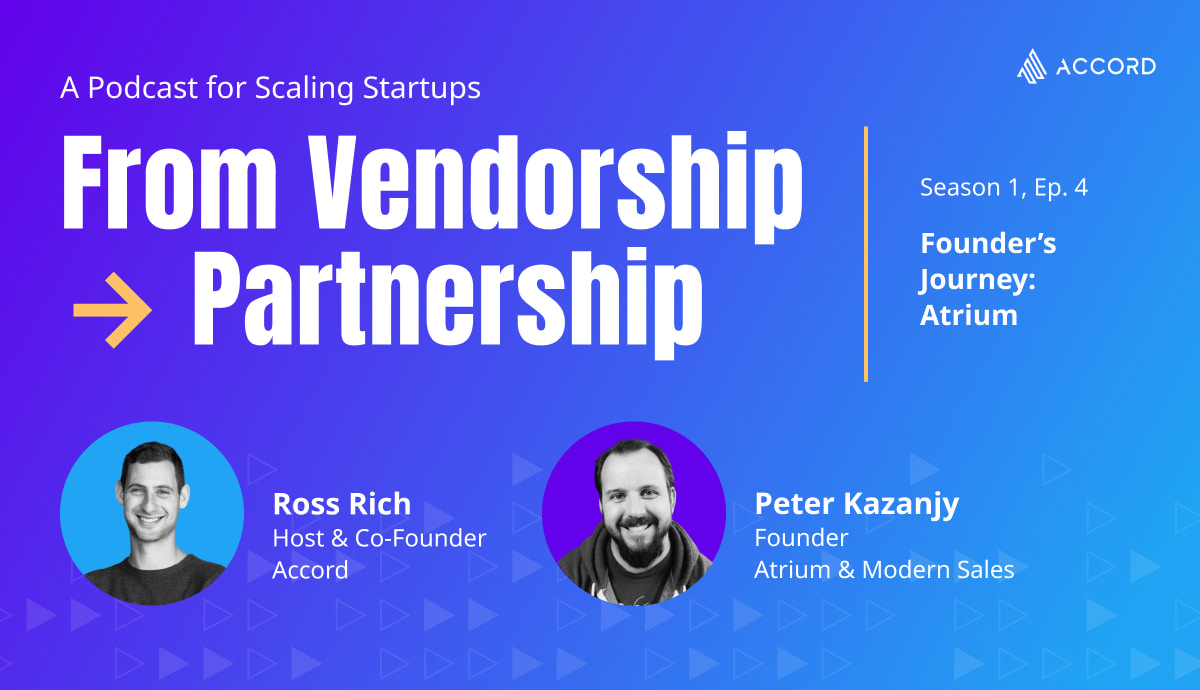 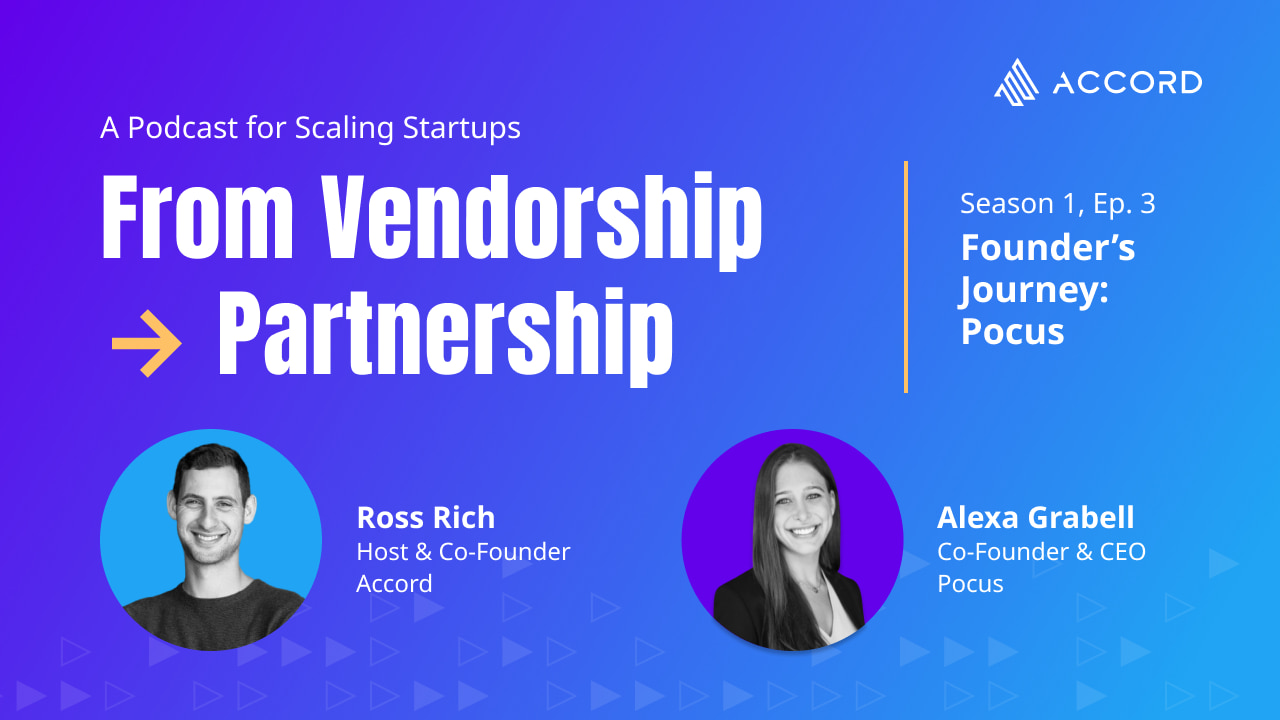